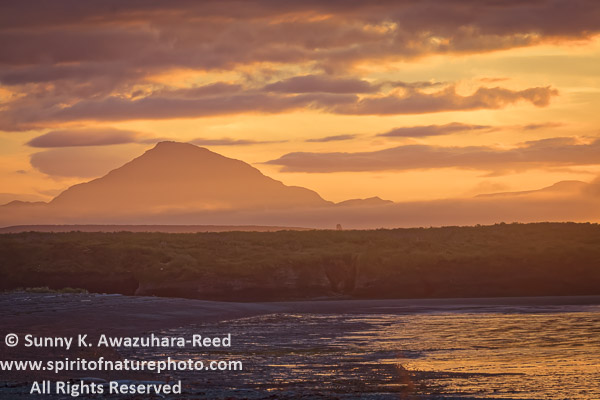 In July, Chum Salmon return to spawn at McNeil River and brown bears congregate at the river for an annual salmon feast.

It was exactly a year ago, I was at McNeil River Sanctuary to photograph brown bears catching salmon. It was late in the evening, almost 11pm, when the sun finally touched the horizon. After the long day of capturing bear action at the falls, I relaxed at the camp where warm orange lights painting the sky and distant Aleutian Range, when the drama started… 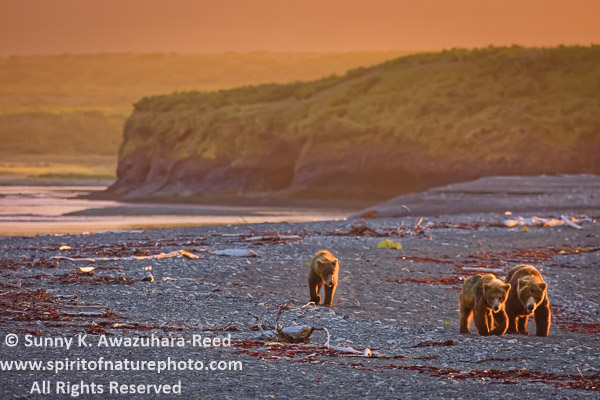 Several bears where strolling along the beach near the camp as usual. Suddenly I heard animals running back and forth… There was a bear family, mother and two cubs, playing on the beach just outside of camp. They were truly enjoying the moment. The cubs were over a year old, nearly as big as the mother, this would be the last summer to be with their mother. 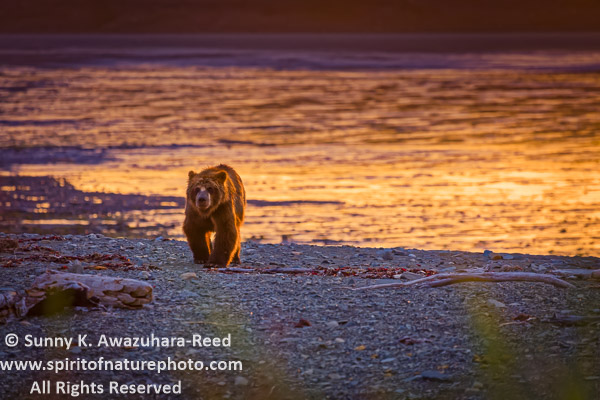 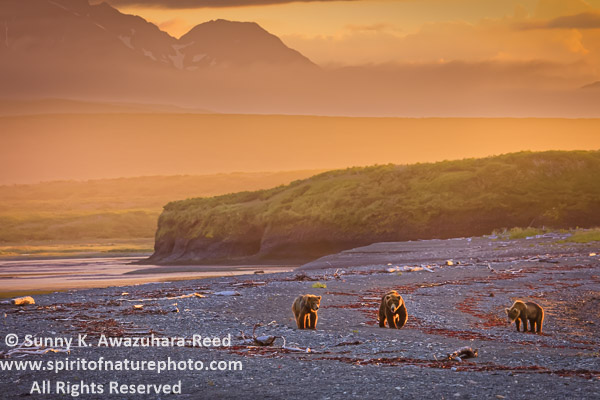 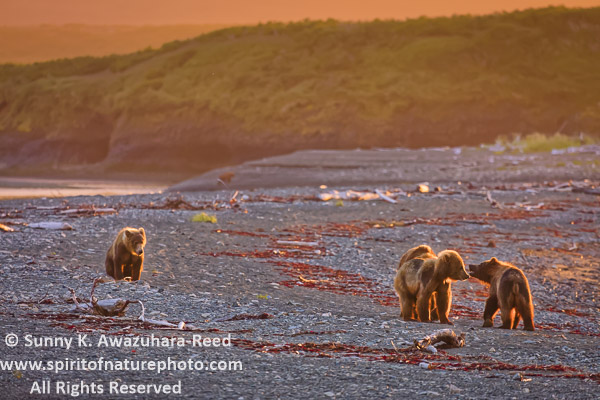 A lone young bear approached the young cubs. The distance between young bear and the cubs got shorter… and they were almost touching! Usually the mother bear is very protective and normally would chase the strange bear away. However, to my surprise, the mother bear let the strange bear come to interact with her cubs! The ranger guides were also disbelieved of this rare occasion. The mother bear was just watching them play from a distance. The lone bear was as big as the two cubs. He or she must have been just kicked out by its mother. 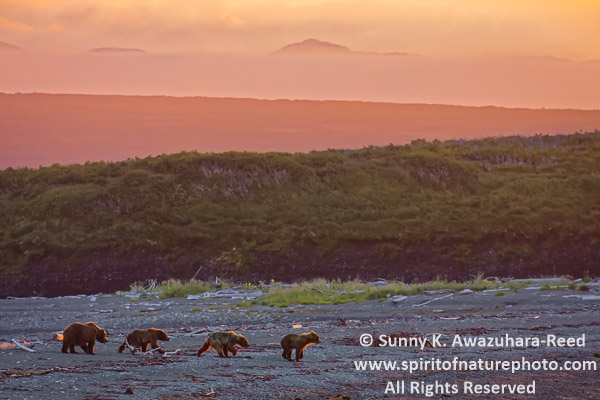 Those bears were playing run and chase for a long time under the long-lasting sunset. 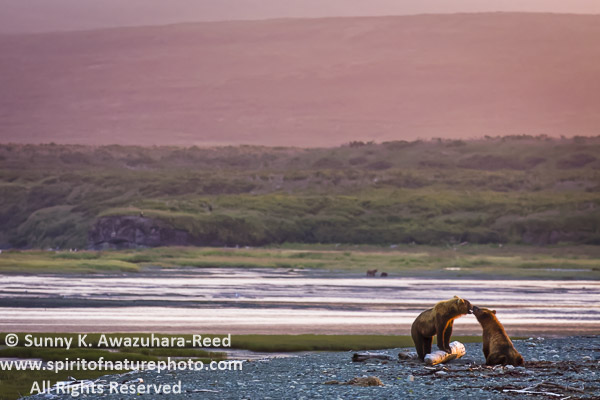 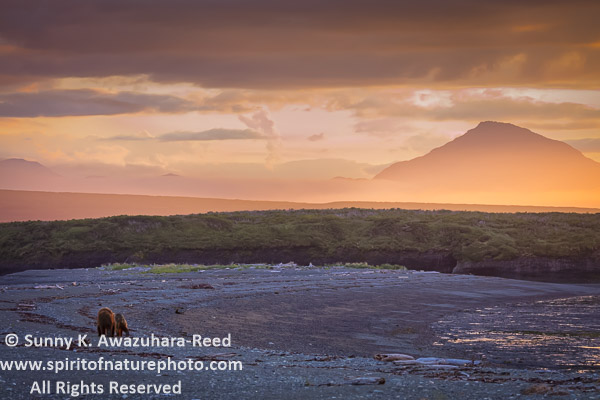 The sky and air turned to magenta. Slowly the darkness of the night descended upon McNeil River Camp. It was truly a magical moment.

My passion of photographing bears is still alive…

This is the last posting from McNeil River Sanctuary in Alaska.

In late May, I moved back to the mainland/lower 48 to Kent, Washington, south of Seattle. I lived in Hawaii for the past 2 years and finally made it to the northwest. I’ll be capturing the beautiful Cascade Mountains, the Pacific Coast, and wildlife in the Pacific Northwest. Please check back in 2-3 weeks!

Posted by Sunny K. Awazuhara-Reed at 8:59 AM

Check out my online Gallery: